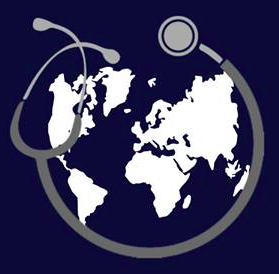 What is your initiative? Can you provide a brief description for our readers?

The Multiculturalism in Medicine (MNM) Educational series was developed in 2014 and was implemented as a University of Toronto Medical Society affiliated lecture series starting January 2015. Our mandate is to form a culturally aware and culturally-competent health professional student body. In particular, we focus on ensuring that students are more conscious of the interplay and potential dynamics between healthcare and culture as pertinent to the patients they will serve during their medical training and as physicians.

What motivated you to start this initiative? What local/global need were you seeking to address? Does this need hold special significance for you?

During our first year of medical school we noticed a recurrent theme of a lack of adequate depth or centralized cultural sensitivity training of medical students in the context of providing medical care. While cultural sensitivity was generally acknowledged to be central to the delivery of appropriate care, it was not comprehensively addressed within the medical school curriculum. In particular, we felt a lack of concrete guidance in resolving cultural conflicts and practically addressing culture as a key social determinant of health. We recognized that developing a curriculum that would adequately embody issues such as diversity, culture, and religion with the ultimate aim of delivering a deeper respect and understanding of the role cultural differences between patients, and patients and health care providers play would be difficult. Therefore, our team decided to develop a lecture series combined with healthcare centre visits that would address this gap.

How did you start up the initiative? What resources or supports were you able to rely upon? What were some of the obstacles you faced, and how did you overcome them?

Before we initiated the Multiculturalism in Medicine Educational Series, we reviewed existing databases of groups and clubs at the University of Toronto as a whole and discovered that not only was our proposed initiative a novelty to the University of Toronto, but no similar educational series was offered at other Canadian medical schools. We started the initiative as a team of 13 students from our class. After discussing the format, platform and our target audience, we launched a pilot seminar in the format of a speaker panel with healthcare providers (defined as physicians, nurses, OT/PT, etc) open to all students in the healthcare field. This pilot seminar garnered positive feedback from participating students and informed our subsequent short- and long-term goals for this initiative. We soon discovered that in order to facilitate our access to necessary resources, such as video conferencing with our Mississauga campus site and access to classrooms, we required affiliation with either the University of Toronto Student Clubs or the Medical Society at the University of Toronto. We presented a pitch for affiliation with the Medical Society, which initially was rejected. We didn’t lose hope and learned from the work we had done thus far.

From this point on Dr. Fok-Han Leung, a family physician at St. Michael’s Hospital and the course director of our Determinants of Community Health course became our faculty advisor. We spent our first summer developing a curriculum for the series and a structure for our team with defined roles and responsibilities. Lastly, we intended for students to visit a healthcare centre that worked with culturally diverse groups as part of this project and therefore developed a list of centres. We reapplied to the Medical Society and received approval for affiliation in November 2014. This facilitated our progress in our initiative, whereby in 2015, we launched the first Multiculturalism in Medicine Educational series. Over the course of our six seminars, we became connected with a number of physicians within the Greater Toronto Area who provided us with further resources and directions to pursue for our second instatement of the lecture series in 2016. Particularly, our experience thus far has provided us with insight on how to engage physicians in culturally relevant discussion; a challenge which in itself can prevent open and safe dialogue surrounding what can often be taboo and sensitive topics.

How did things go/how are things going? What’s next for this project?

The lectures were provided either as a discussion panel or as a keynote speaker by physicians or allied healthcare professionals. We reached students from diverse educational backgrounds across both the St. George and Mississauga campus sites. We were especially enthusiastic for the participation of teachers and allied health professional students in addition to medical students in our discussions, as this provided alternative viewpoints to the issues discussed. In the end 90% of the enrolled students successfully completed the certificate portion of the lecture series, in which students were required to attend 4 out of 6 lectures and a half day of a centre visit. We obtained feedback following each session, on the basis of which we successfully adapted the program as the series progressed.

Due to the success of our inaugural program, the series received sufficient support to be funded for a second year by the Medical Society. We have re-evaluated the lecture series to enhance the efficacy of its delivery to the student body. Furthermore, we have engaged in discussions with the University of Toronto Faculty of Medicine pre-clerkship director and the transition to clerkship director regarding the inclusion of culturally-competent care sessions as part of the new University of Toronto medical school curriculum being introduced in 2016. Lastly, we hope to disseminate the knowledge of what we have learned to other medical students and hope that this program is developed at other Canadian medical schools.

What advice or guidance would you give to others seeking to start a similar inititative? Would you be willing to provide contact info, for posting to the CFMS website?

The process of starting something from scratch is an amazing experience. It requires substantial time and effort which remains behind the scenes, but is rewarded by the overall success of the endeavor. Such success is dependent on forging positive relationships with team members and valuing the hard work each member contributes amidst multiple curricular and extracurricular responsibilities. Finally, each new initiative will encounter hurdles which can form seemingly unpassable roadblocks. Don’t get frustrated and don’t give up. Often, all that is required is taking a step back and re-evaluating all viable solutions before forging onwards.